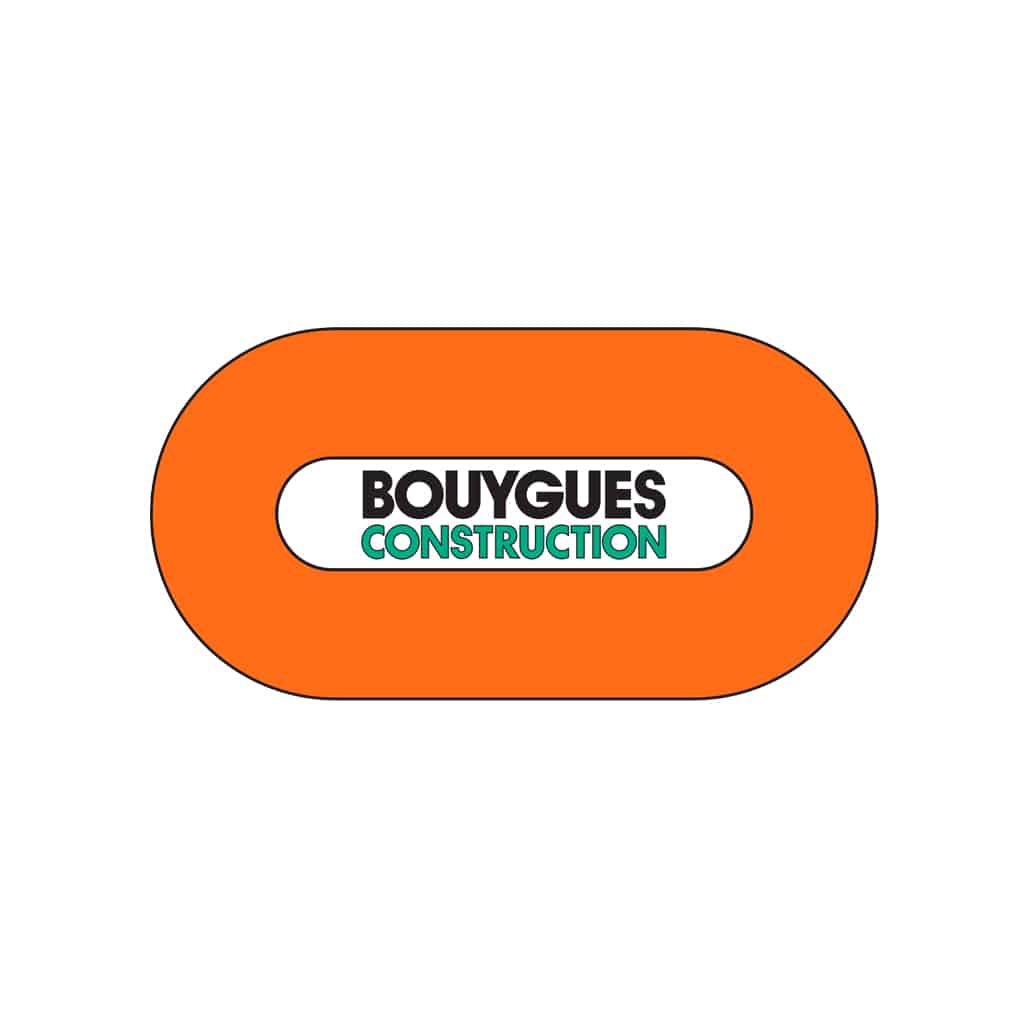 Designed by Bouygues Construction's R&D teams with the architectural office Valode & Pistre, ABC (Autonomous Building for Citizens) is the first autonomous building concept in France. This type of building could reduce the carbon footprint of operations in island or remote areas, in addition to having a lower environmental footprint than the average building.

The ABC project is a new building concept based on three pillars: A for autonomous, B for sustainable and intelligent building and C for citizen.

One of the objectives is to reduce the carbon footprint of the construction and operation of this residential building by activating the following levers:

ABC (Autonomous Building for Citizens) is the first autonomous residence concept in France. It was designed entirely by Bouygues Construction's R&D teams with the architectural firm Valode & Pistre. It is being developed and built by teams from Linkcity (the Group's property developers) and Bouygues Bâtiment Sud-Est for the city of Grenoble. It was delivered in September 2020. The residents are being helped to reduce their consumption in this new type of housing, as their involvement in the life of the building is a central element of the project.

The autonomy of this building is based on 3 pillars that contribute to reducing the carbon footprint of the residence:

The ABC building aims to be 70% self-sufficient in electricity, to reduce its water consumption by 2/3 compared to a conventional residence (i.e., more than 50L saved per day and per person) and to reduce household waste by 40%. In addition to the resource savings, the reductions in water consumption and waste result in a carbon gain of approximately 40 teqCO2 over the life of the building.

In addition, the carbon footprint of the construction is also reduced using concrete with reduced CO2 emissions. In particular, the use of low-carbon CEM IV concrete has reduced the CO2 that would have been emitted by conventional concrete (i.e., CEM II/A) by more than a third, 270 teqCO2.

The housing complex consists of two buildings, representing a built area of 5000 m², with 62 flats (42 intermediate rental flats and 20 social rental flats). The ABC (Autonomous Building for Citizens) demonstrator, France's first autonomous residence, won a prize at the BatiActu Construction Awards in September 2020. It was delivered in Grenoble in summer 2020 by teams from Linkcity and Bouygues Bâtiment Sud-Est.

The project received a mention at the "Green Solutions Awards 2020-2021" in the "Grand Prix Quartier Durable" category.

Quantification : Marginal. Scope 3 represents more than 95% of the average carbon footprint of our projects.

Quantification : Marginal. Scope 3 accounts for more than 95% of the carbon footprint of our project.

- More than 1000 tCO2e over the entire life of the building (50 years) compared to a "conventional" new housing building, including:

The values considered for the calculation are taken from the E+C- studies.

Over its lifetime, the ABC concept demonstrator will save more than 1000 tCO2e compared to a "conventional" new housing building. This considers both material and operational energy savings.

The benchmark is based on a sample of 11 concrete housing buildings in an equivalent climate zone in Grenoble.

The building now has about 60 accommodation units.

Economic profitability of the project

In addition to reducing greenhouse gas emissions, this project will:

The concept of autonomy makes it possible to be free of infrastructure and networks. This is of major interest in areas:

The climate impact will be even more important as the country’s energy mix is carbon-based. 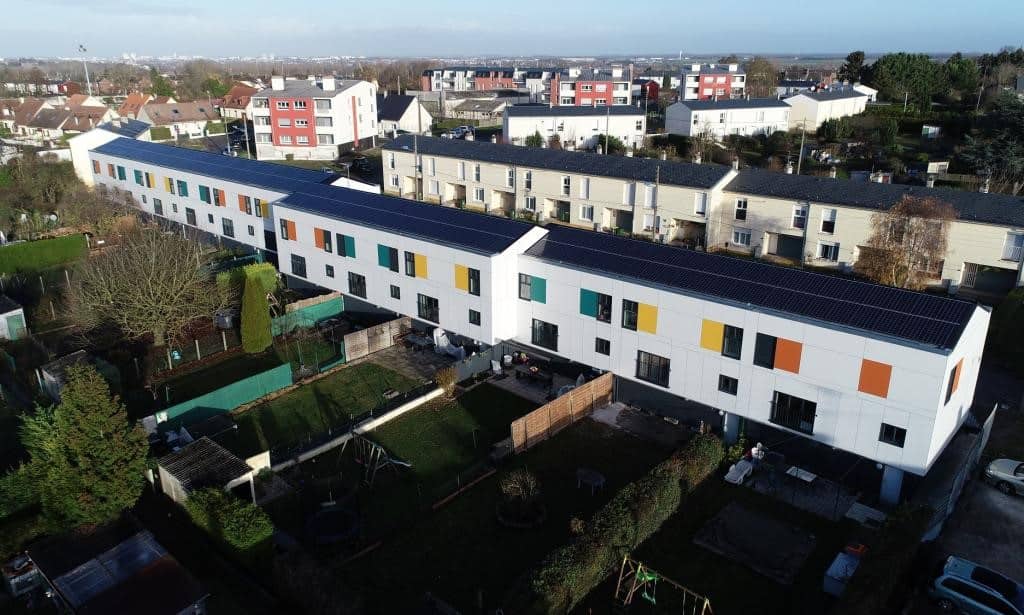 Bouygues Construction is developing an innovative approach aimed at industrializing the energy renovation of housing. The first pilot project was launched in Longueau, with 12 housing… 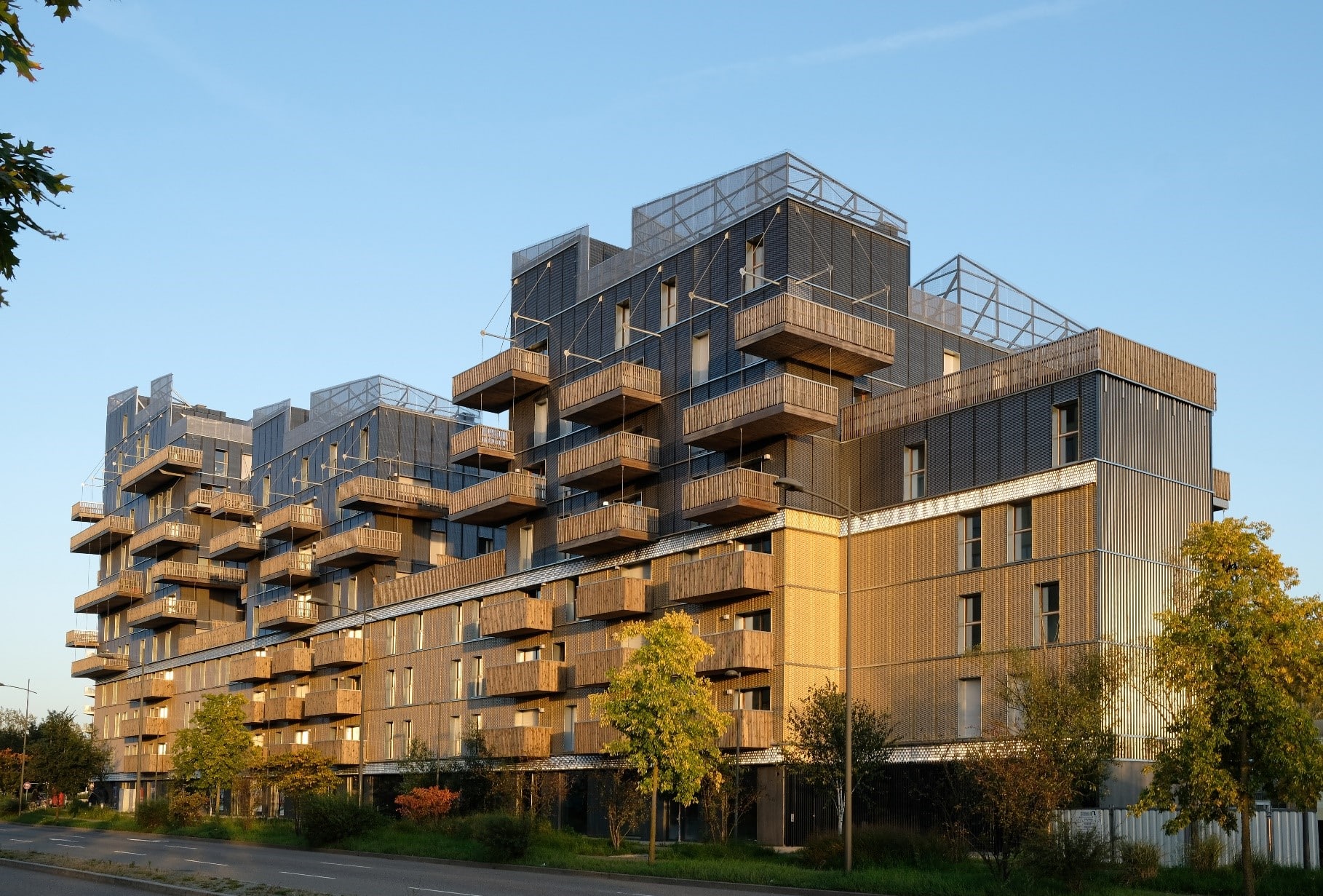 With a level of wood construction never seen before in France, Bouygues Immobilier’s SENSATIONS construction program stands out for its ability to meet… 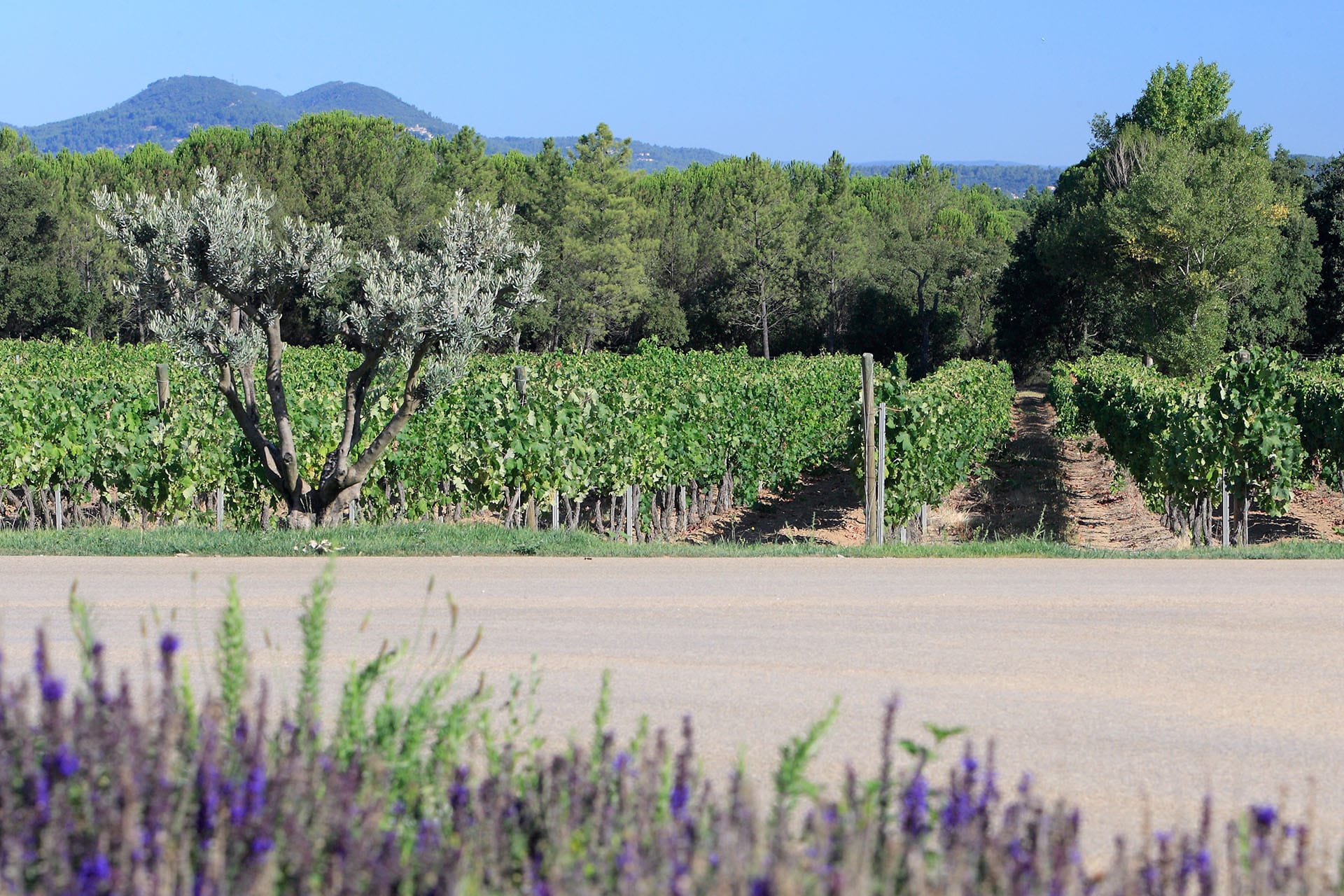 The long-term goal of the present project is to replace petroleum-based bitumen (the binder used in asphalt mixes for roadways) with a plant-based binder. 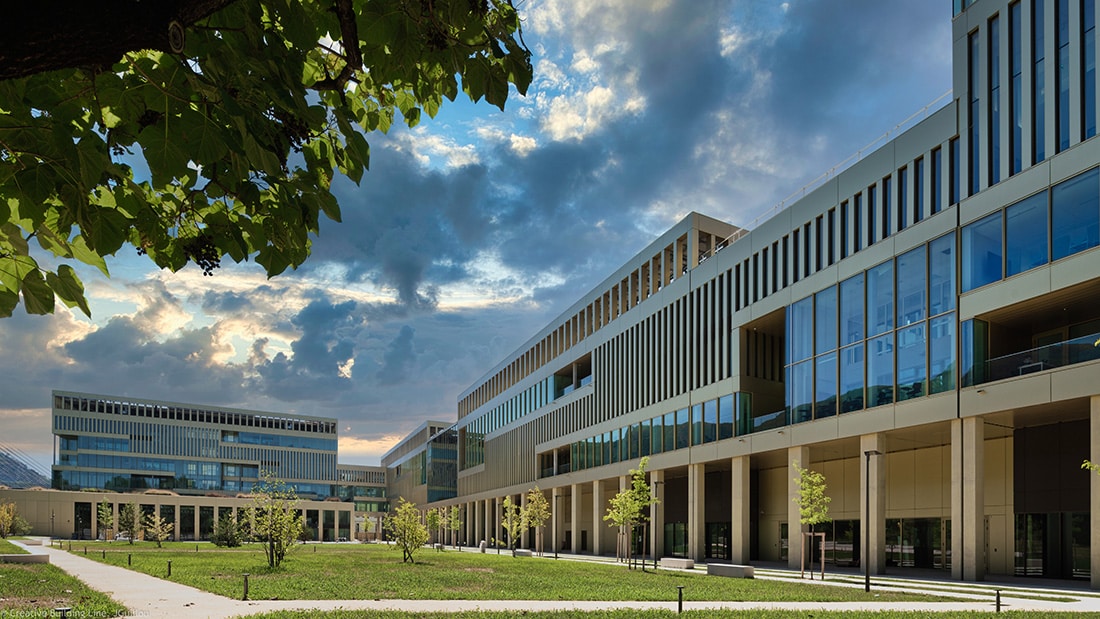 Intencity, the building housing the Schneider Electric research and development campus, is one of the most efficient office buildings in the world … 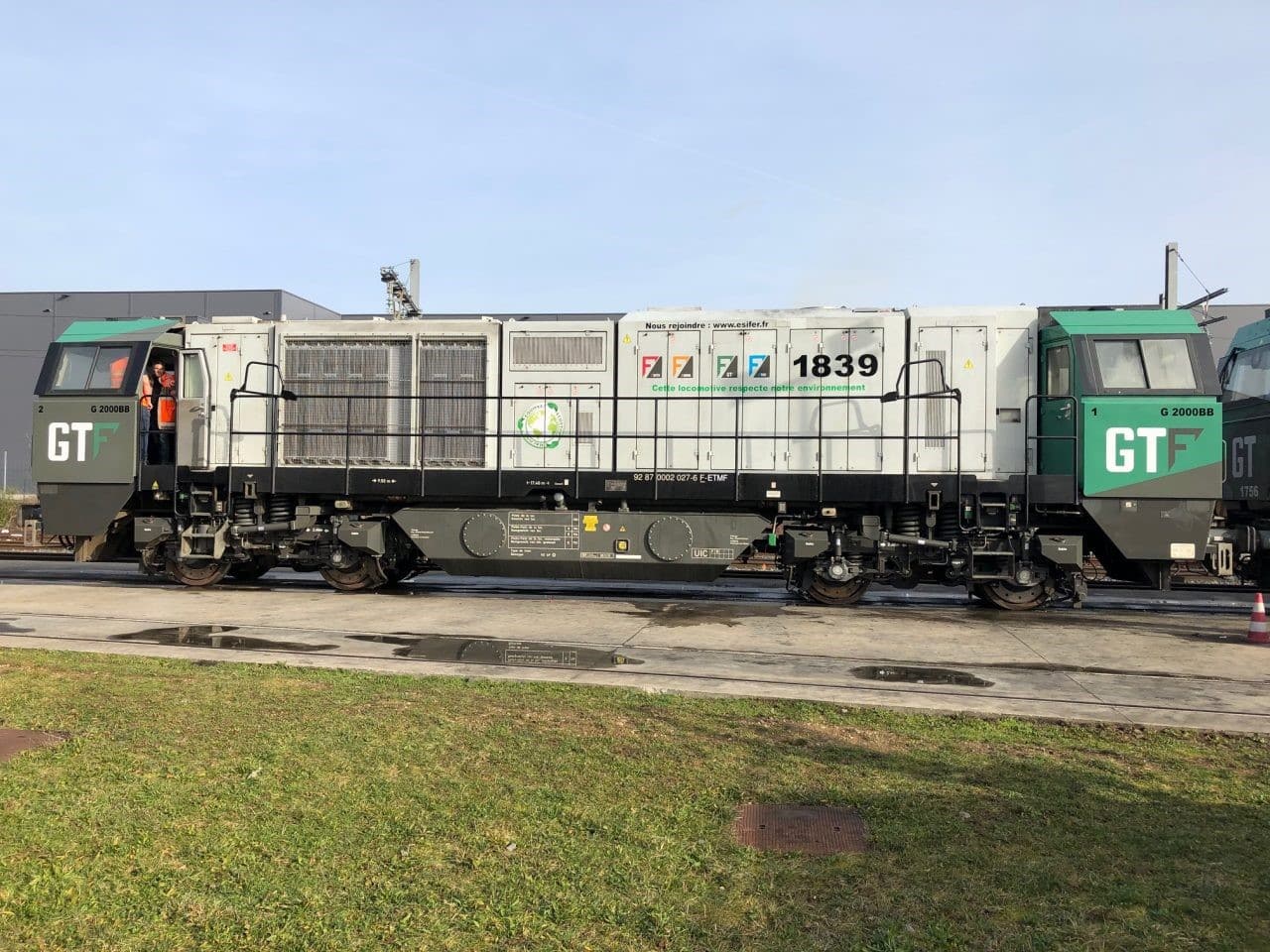 The “EcoStop” Start n Stop system designed by Colas Rail, a subsidiary of the Bouygues Group, stops the main diesel engine when the trains are parked or waiting, while maintaining comfort in the… 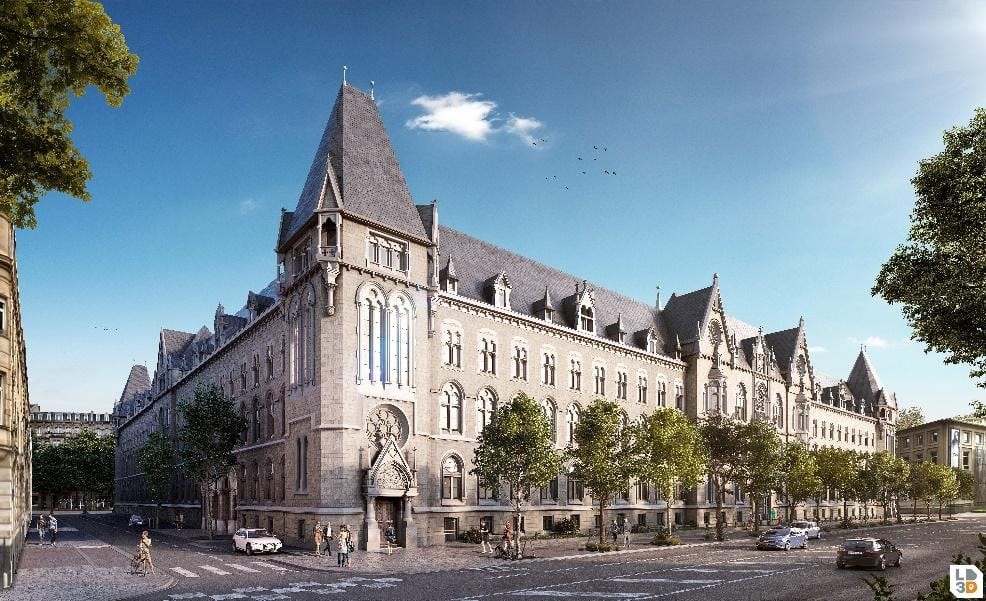 The project consists of the massive rehabilitation of the Hôtel des Postes in Strasbourg to significantly reduce the building’s carbon footprint. Reducing the carbon footprint of the construction of a former…