BIOPHALT, a high-performance plant-based asphalt Developed by Eiffage Route and Tested by APRR on the A40 motorway 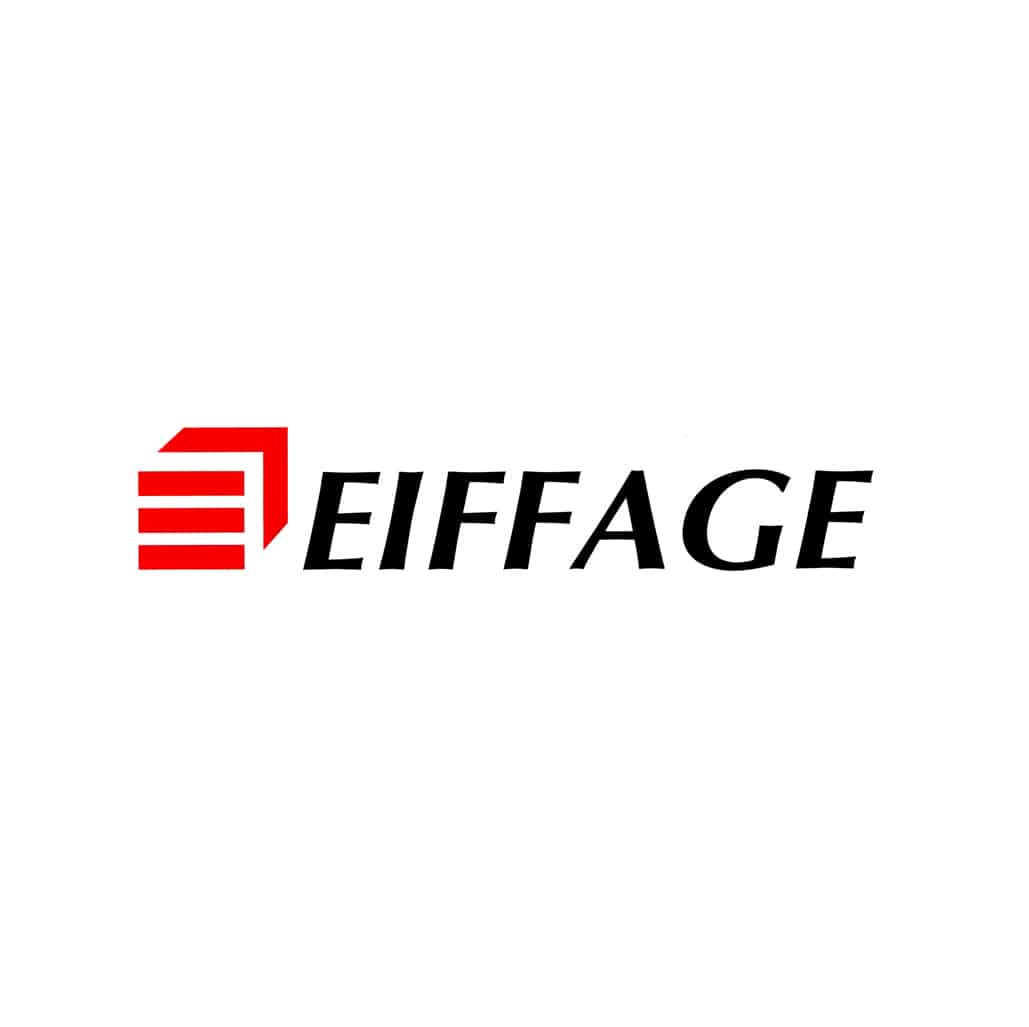 Eiffage has developed a plant-based asphalt composed of a bio-sourced binder (derived from by-products of the forestry and paper industry) and recycled road-surfacing materials. The use of this mix significantly reduces CO2 emissions linked to road construction activities.

Replace traditional mixes made from bitumen binders by a mix that uses a plant-based binder and recycled road-surfacing materials.

Eiffage Route, the road subsidiary of the Eiffage Group’s Infrastructures division, attaches strategic importance to respect for the environment.

At a time when the use of fossil fuels and fossil resources must be reduced, the R&D teams at Eiffage Route, which has its own studies and research centres in Ciry-Salsogne in the Aisne region and in Corbas near Lyon, have succeeded in substituting plant-based materials for bitumen and in regenerating recycled materials using plant-based binders that are not derived from oil.

They have developed several eco-responsible mixes. Biophalt® is one of these. It is a high-performance plant-based mix with a resistance that makes it suitable for all types of traffic, including heavy motorway. Carrying the Bio-sourced label, Biophalt® is a winner of the Routes & Rues 2019 call for innovation projects (CIRR) issued by IDRRIM and the French Ministry of Ecological Transition and Solidarity (MTES).

Biophalt® is a warm asphalt mix with high-performance mechanical and environmental properties.

It is formulated using a new generation of plant-based binder derived from by-products of the French forestry industry.

While maintaining the performance of a conventional mix, Biophalt® is an optimum low-carbon mix thanks to a combination of several innovations:

- a high rate of recovery (≥ 30%) of aggregates planed from the existing surface, offering the same level of resistance and durability as surfaces made with a conventional mix,

- the use of a plant-based binder offering a high level of regeneration, as a 100% substitute for conventional bitumen binder (the use of bio-sourced materials does not compete with the food industry, the constituents of Biophalt® being by-products of the pine and paper industries),

- energy savings thanks to a lower production temperature: the mix is produced at a 20°C to 30°C lower temperature than conventional mixes.

Biophalt® is produced in a conventional asphalt plant using a warm, energy-efficient process. It has the same range of application as a conventional mix. It is formulated in the laboratory in compliance with the performance standards in force.

Biophalt® can be used as a base, as a binder or as a surface coating, with no limits in terms of traffic and for a range of granular sizes.

The Biophalt® formula and the manufacturing process are protected by a patent. The components are derived from the pine industry and in particular from pitch, a residue from the distillation of tall oil, which is not widely used in industry today.

The production of Biophalt® binder uses a mixing process similar to that of polymer bitumen.

Biophalt® can be used as a classic binder without the need to adapt industrial equipment. The minimum coating and spreading temperatures are however slightly lower (130°C and 115°C respectively) Eiffage Route is carrying out the first Biophalt ® trials on a motorway surface - in this case, a section of the A40 motorway between Mâcon (Saône-et-Loire) and Bourg-en-Bresse (Ain).

For 1021 tonnes of conventional asphalt, the following is required:

- 817 tonnes of non-recycled road-surfacing materials (representing 80% of total requirements, the rest from recycling)

The A40 project enabled APRR, Eiffage Route and the Epsilon design office to join forces around a common goal. The synergies provided by each of these different stakeholders have made this project an effective low-carbon and sustainable motorway demonstrator.

The Biophalt® binder eliminates bitumen fumes and therefore improves air quality around work sites for residents and site workers alike. In addition, the use of a warm asphalt mix, with a temperature 20°C to 30°C lower than a hot mix, reduces discomfort for workers on construction sites, who are subjected to high temperatures during the asphalt application process.

Biophalt® helps to develop French wood industry sectors, since the by-products generated by the paper industry, the manufacture of kraft paper pulp in particular, used to manufacture the binder of this plant-based mix come from French forests.

The use of bio-sourced products in the road industry contributes to limiting global warming because they allow carbon storage during photosynthesis.

Consequently, a project promoting the use of bio-sourced materials contributes to limiting global warming by creating carbon sinks. In addition, the forests from which the wood for the production of Biophalt® is obtained are sustainably managed, which promotes the preservation of biodiversity.

Therefore, the use of renewable resources and energy savings are the major advantages of Biophalt® asphalt mixes.

Biophalt® has been submitted for the approval of an independent research institute to test its resilience: tests carried out by the Gustave Eiffel University at the Nantes fatigue carousel in 2017, established that Biophalt® was equally or even more durable over time than a conventional asphalt.

Responsible use of resources

The use of the Biophalt® binder allows a reduction in pressure on natural resources in several ways:

– the use of bio-sourced materials that do not compete with the food industry, the constituents of Biophalt® being by-products of the pine and paper industry,

– the use of warm mixes allowing a reduction in fuel consumption,

– 40% recycling in the section of aggregates from the existing road surface. This performance allows a significant quantity of natural resources (aggregates and binder) to be preserved.

The project is intended to be reproduced for several similar operations, the interest project owners are showing in low-carbon solutions will enable Biophalt® to be industrialised on a larger scale. In addition, this binder can be used for a variety of road types – ranging from light to heavy traffic.

Studies on the binder’s resilience and low-carbon advantages were carried out jointly by Eiffage Route and the University of Nottingham as part of the BioRepavation project. 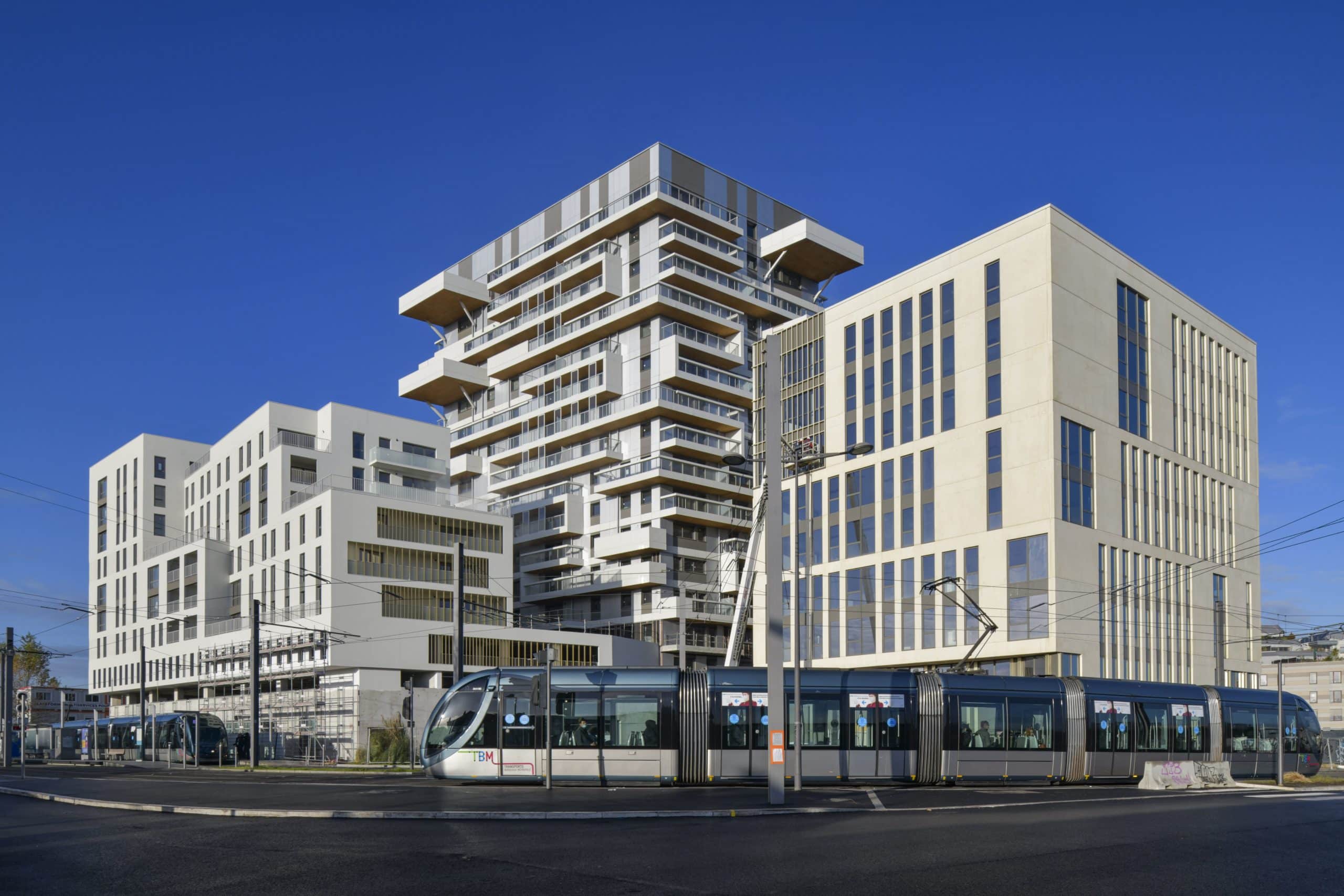 The Eiffage group is building the Hypérion tower in Bordeaux (Gironde). The tower has a carbon footprint of 870 kg CO2 eq. / m² floor area, which is 45% less than a conventional building…